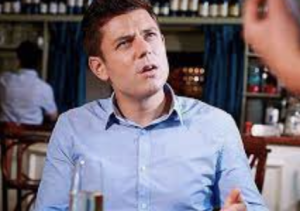 The most common question I think I get hands down is “Greta, where do I find a good sales manager?” or “Who on our team do you think would be a good manager?”

Most of the time, CEOs take their best salesperson and promote them or they take somebody who has been in the field or sold before and hires them.  What happens?  Well, I’ll tell you more often than not, it’s unsuccessful.  Why?  To illustrate this point, I’m going to tell you a story about Evan. 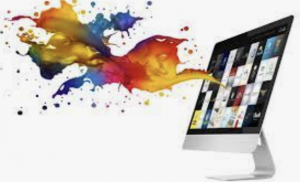 It’s About The Process

I work with a very prominent, high-end web design company, one of the largest in the country.  They have a wonderful reputation and their salespeople are skilled, though they needed to learn a process.

When I was hired,  the sales manager that they had was absolutely fabulous at sales, I mean one of the best I’ve seen.  And when I taught them my sales process, most of them, and certainly him, took to the process like a duck to water.  The sales manager, named Don, took this process and made it his own.  He totally got it, he understood it, and he started selling like nobody’s business.  Well, that’s great, but how are the others doing?  They weren’t really hitting their potential – why?  Because they really weren’t being managed.  Now don’t get me wrong, Don was one of the best salespeople I’ve worked with, but management and sales are two completely different things.  So, the CEO and I sat down and talked, and I said, you know, I think you are holding Don back by making him a sales manager.  He could be not only your top salesperson, but he could also make a heck of a lot more money, and I don’t think he really enjoys what he’s doing.

He said well, what do you think we should do?

Now before I talk to you about Evan, I want to tell you a little bit about how their organization works.  They have salespeople who will go out, cultivate the business, gather it, get it to a point where they have some technical conversation ready to happen, and then they have what they call ‘business consultants’ come in to talk more on the technical side.  That being said, their salespeople and their business consultants were both involved in my training and both learned the process.  But Evan, who was a business consultant, learned the process inside and out.  Why?  In my opinion, it’s because he’s a real process-oriented guy.  Evan believes one plus one equals two. Most salespeople believe, “ahh, whatever you want to believe it is, let’s grab lunch!”

He’s all about the process, he’s totally got it.  So when I suggested to the owner that he should make Evan the sales director, he almost fell over.  He looked at me like I had three heads, and told me that Evan had never been sales before.  I said that’s precisely what I meant was most of us think incorrectly about what we need in a sales manager.

A sales manager does not need to be the best salesperson because unless you can teach someone through osmosis how to sell, that particular skill is not transferrable unless it is taught and accounted for.   Even if they could articulate it, it really doesn’t make any difference because it can’t be repeatable and made accountable for unless it has steps to follow.  Here is why Evan is a good sales leader; 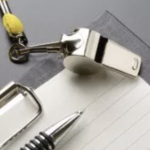 1. Strong coaching.  He could coach, because he didn’t have his ego all tied up in, “when I was a salesperson, this is what I would do”.  He was a coach because he understood that coaching through a particular process allows for repeatable, accountable success and a clear understanding of what went wrong if a sale isn’t made.